Say what you want about all other aspects of government in Hungary, but unlike other members of the EU, their leadership has protected their people from a radical islamic invasion.

Surely, liberals will be mortified by this action.

However, if migrants simply follow the law and don’t try to criminally trespass, they won’t get “shocked.”

What is forgotten in liberal culture nowadays, is BREAKING THE LAW was never meant to feel “SAFE.”

Hungary, which has resisted EU demands to take in more migrants, has reportedly electrified its double-sided fence on the Hungarian-Serbian border, according to local media.

Hungarian media was tipped off when border officials installed new electrocution warning signs in Arabic, Hungarian and Serbian on the fence.

“It may not be a full fence shield, but there are fixed wires running parallel to the ground,” reported journalist András Földes.

“The 12 wires mounted on insulated points are visible on both fences of the double fence, with insulated portions on the inside of the fences since it’s assumed they [the migrants] will only come from the outside if they come in.”

“…We also learned that a worker was shaken at the time of the installation and that he was hospitalized,” he added. 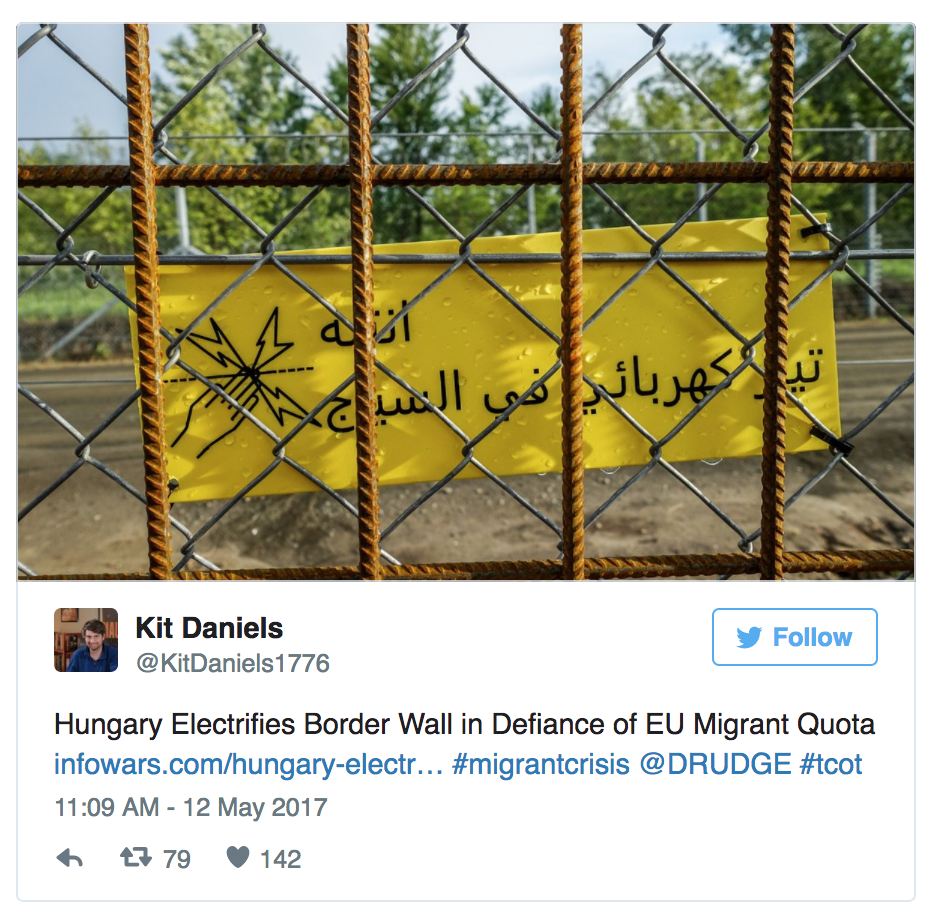 The country is resisting the EU’s decision to distribute migrants – the majority of the military-age males – across member countries on a “mandatory quota basis,” which directly challenges Hungary’s national sovereignty and self-determination.