The more stable monthly average of claims declined by 10,000 to 224,500, the government said Thursday. That’s the lowest level since March 1973. 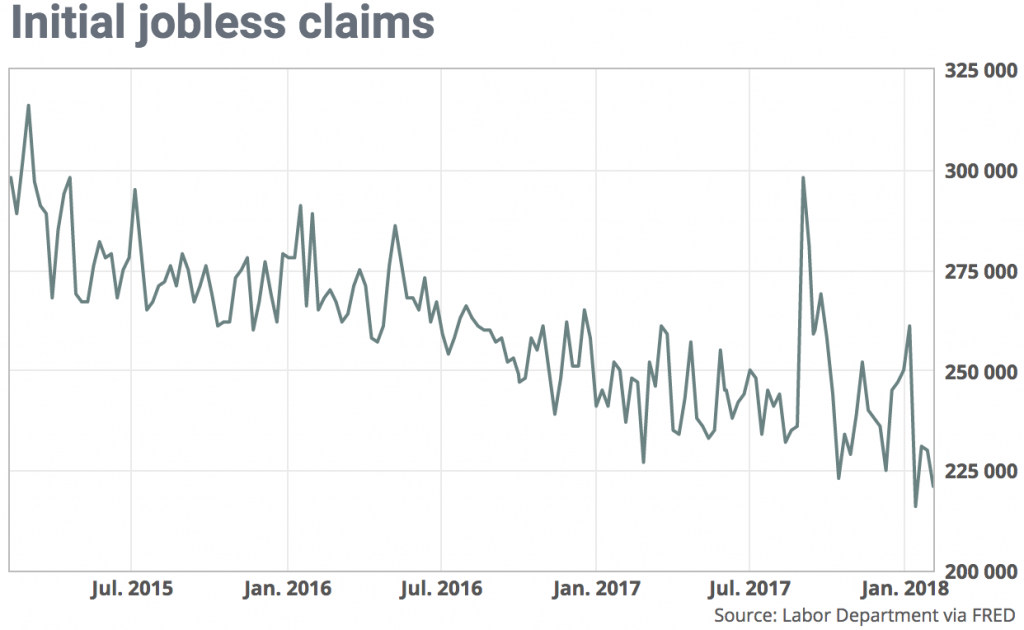 The number of people already collecting unemployment benefits, known as continuing claims, dropped by 33,000 to 1.92 million.

What happened: Missouri, California and New York saw big declines in unadjusted jobless claims, but in most states there was little change.

U.S. jobless claims have now been under the key 300,000 threshold that signals a vibrant labor market for 153 straight weeks. And there is no evidence at all that claims are about to head higher.

Big picture: The U.S. economy added a healthy 200,000 new jobs in January and the unemployment remained at a 17-year low of 4.1%, reflecting the best labor market in almost two decades.

Even better, the long-awaited uptick in worker wages might be in the offing. The yearly increase in hourly pay rose to a nine-year high of 2.9%, though it may have been exaggerated by temporary factors.

Opinion: This is why the stock market is wrong to fear rising wages

Still, a number of wage trackers suggest worker pay is creeping higher because an a tight labor market that is forcing companies to compete harder for employees.

What they are saying?: “In short, claims remain historically low, consistent with the trend in employment growth remaining more than strong enough to keep the unemployment rate trending down,” said Jim O’Sullivan, chief U.S. economist at High Frequency Economics.

‹ Judge Hands it to LGBT Couple on Cake Case › Platform 2018