ByHANK BERIEF
Daily Wire
One critic decided to slam Bill Nye, The Fake Science Guy, and it was quite a take-down. 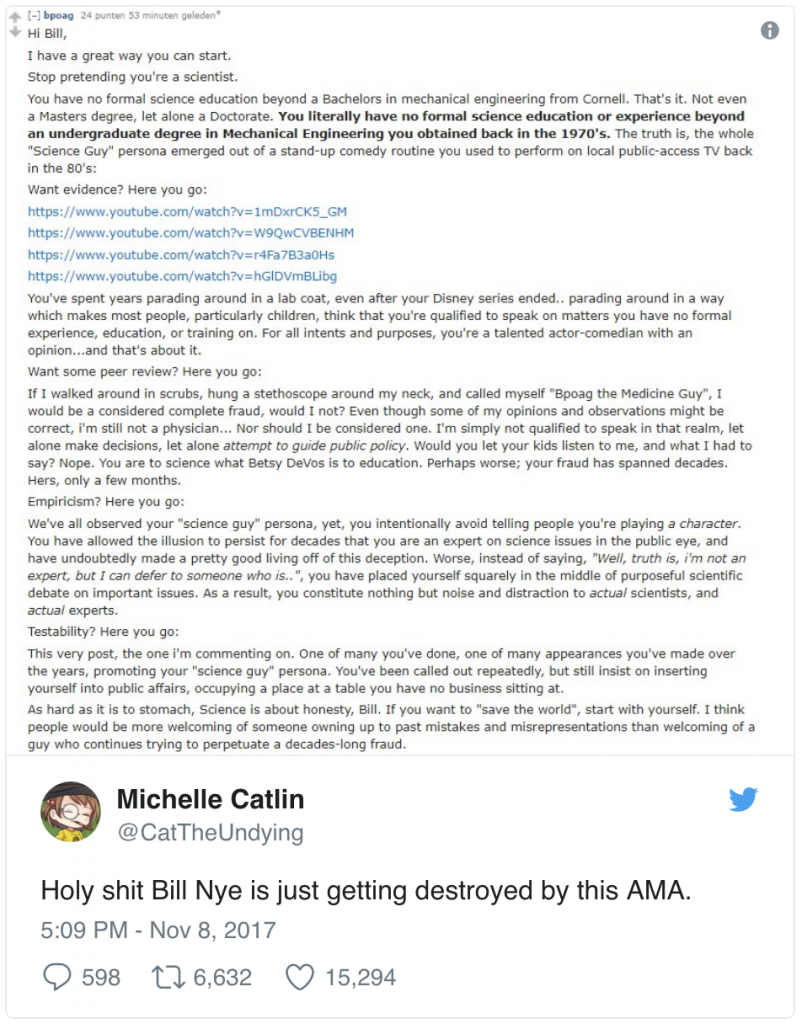 Nye’s fraudulent posing as an expert on science has been pointed out for years. Here are a few examples of his scientific intelligence:

1. Arguing to Dan Rather that the more heat in the atmosphere, the stronger hurricanes are, confusing the atmosphere with the oceans.

2. Likening a New England mega-blizzard to hurricane Sandy, and implying both storms originated off the coast from Africa. As Jason Samenow of The Washington Post noted, “Sandy formed in the Caribbean (not from an African wave) and the blizzard formed off the Mid-Atlantic coast (from the merger of two North American disturbances).”

Samenow added, “Nye then draws an absurd comparison between East Coast storms and West Coast storms in an attempt to equate them.” Samenow commented that Nye’s rhetoric was “one of the most flawed discussions of meteorology I’ve ever seen on a national network.”

3. Nye posted a video regarding abortion in 2015 in which he argued that the pro-life position is false because “many, many, many, many more hundreds of eggs are fertilized than become humans,” ignoring that humans are formed at fertilization. As The Daily Wire pointed out, his video was debunked here, here and here.

4. Positing that quantum entanglement could pave the way for time travel, a concept that was eviscerated by Forbes‘s Chad Orzel.

John Coleman, the founder of The Weather Channel, told Climate Depot, “I have always been amazed that anyone would pay attention to Bill Nye, a pretend scientist in a bow tie. … As a man who has studied the science of meteorology for over 60 years and received the AMS (American Meteorological Society’s) ‘Meteorologist of the Year’ award, I am totally offended that Nye gets the press and media attention he does.”