Never before in recent political history has a President been attacked as viciously as Donald Trump has. There was no ‘honeymoon’ for Trump and the leftists show no sign of easing up on him… ever. It’s funny how the Constitution is only important to the left when they want to take down a sitting President, legitimately elected by the American people. Dr. J. Michael Waller, who specializes in subversion, propaganda and information warfare, has written a wonderful article on why the Russian probes into their involvement in our elections and politics should be expanded. And it’s not because Trump is a Russian plant.

Under Barack Obama, a known and devout Marxist, the government was weaponized against the American people. The IRS was used to silence the Tea Party. The DOJ and DHS were used to subvert the Constitution. Our intelligence agencies were used to go after political opponents. All hallmark signs of a dictatorship and certainly not a free Republic as intended by our Founding Fathers. The left created an atmosphere of hatred, suspicion and divisiveness that produced chaos and helped along their Cloward and Piven strategy. It almost worked. What they didn’t plan on was Donald Trump actually winning the election. 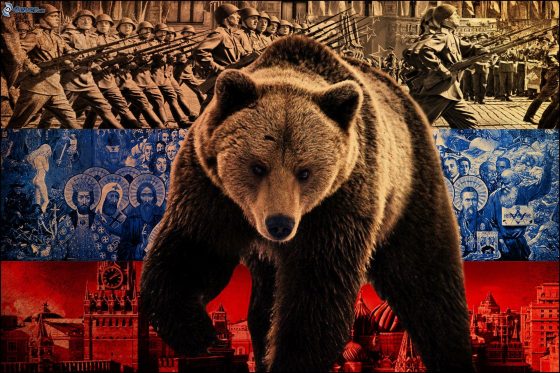 From The Daily Caller:

President Donald Trump’s ideological opponents have opened up a serious challenge to governance since election day, according to one prolific scholar and national security expert.

Dr. J. Michael Waller, who has taught on subversion, propaganda and information warfare, says no other president has had his 100-day honeymoon stolen from him. Additionally, no other president has had their predecessor organizing private funds to undermine him as former President Barack Obama has done in concert with the left’s resistance to Trump.

Waller discusses the weaponization of government by Obama where he used the IRS, Department of Justice (DOJ), FBI and the national intelligence community against his political opponents, in this exclusive video interview with The Daily Caller News Foundation interview.

Did Obama’s FBI, CIA, NSA and DOJ meddle more in our national election than Russia? Did the Obama team use pretexts to allege Russian collaboration in order to spy on their political opponents?

Waller describes the various forces against Trump that make the president appear illegitimate. He names the militant extreme left, the permanent bureaucracy and mainstream elected Democrats who, with varying interlocking narratives, create a climate of fear, suspicion and hatred.

Suddenly, the Democrats are now hotly against the Russians… but when Obama was in control, they called conservatives “Russophobes” for holding on to Cold War antagonisms toward Russia. Waller says, “This is the first time you have ever had left-wingers protesting Kremlin subversion of American politics and actually caring about the Constitution.” That’s the same Constitution the Marxist left wants to rewrite and destroy, but until they get to that point, they want to use it against us.

Waller says we should expand the one-sided Russian subversion probe about 2016. I agree and have said this since the beginning of this whole dust up. Since Russia has worked to subvert American political efforts with propaganda and disinformation since the 1920s, a much closer investigation is way overdue. Waller has 13 memory-jarring reasons why the Democrats would find such an expanded probe uncomfortable, if only Republicans would consider such a tactic. According to Waller: “Ample evidence exists of illicit and/or damaging Russian efforts involving the Kremlin’s interference in American governmental operations, domestic politics, the U.S. economy and often to the detriment of America’s national security.” Exactly right.

The 13 reasons are listed below… these are just the titles. You need to read Waller’s piece to get the whole impact:

1. Russian interference in the 2012 Election.

4. John Podesta and $35 million from a Russian industrial espionage firm.

7. Uranium One: Sale of 20% of US Uranium Production to Russia.

13. Crowdstrike: Source of the narrative on Russian hacking for Trump.

Part of Waller’s list includes the “Anna Chapman case” in New York in 2010, where Russians penetrated the Democratic political machine in the Empire State. He also discusses the Clinton “pay for play” uranium deal that seemed to result in zero political outrage from congressional Republicans.

According to Waller, “George Soros is the number one private sponsor of subversion against the United States,” with the Chinese, Saudis and the Russians as the predominant state sponsors of subversion. Soros funds a full range of groups that seek to bring down America, including Black Lives Matter, which promotes murderous violence against police officers, drug legalization, and open border policies that threaten self-government and national security.

Waller thinks he seeks to “cripple institutions of national identity, national security and individual liberty insofar as it protects the constitutional rights of Americans.”

I have written on many of these topics before. By all means look into Paul Manafort, Carter Page and Michael Flynn. All are deep in bed with the Russians. But while you are at it, take a long, hard look at the left side of the aisle. They are far worse and even further compromised by the Russians. The ongoing theme here of course is Russian communist infiltration. I suggest our government start taking it very seriously, because the Russians certainly do.