So, President Trump has responded to the constant provocations from North Korea by promising “fire and fury” should the communist regime continue to threaten the United States.

It’s a funny thing when the American news media and other blue checkmarks on Twitter are more concerned with President Trump’s words than they are with North Korea obtaining nuclear ICBMs. But here we are. 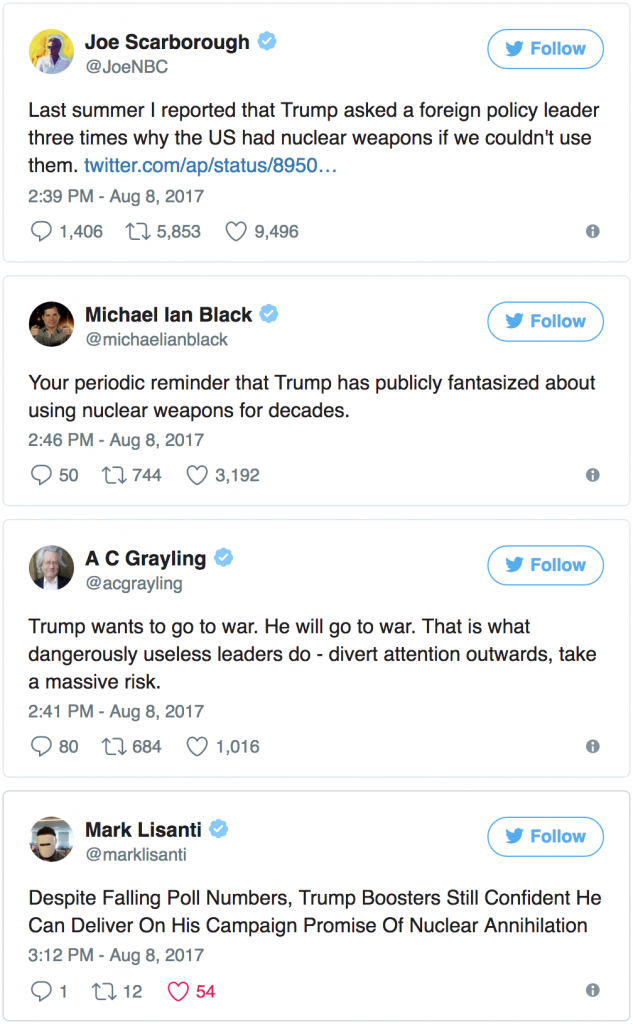 Oddly enough, the only intelligent point in all of this crap was made by a North Korea parody account on Twitter. 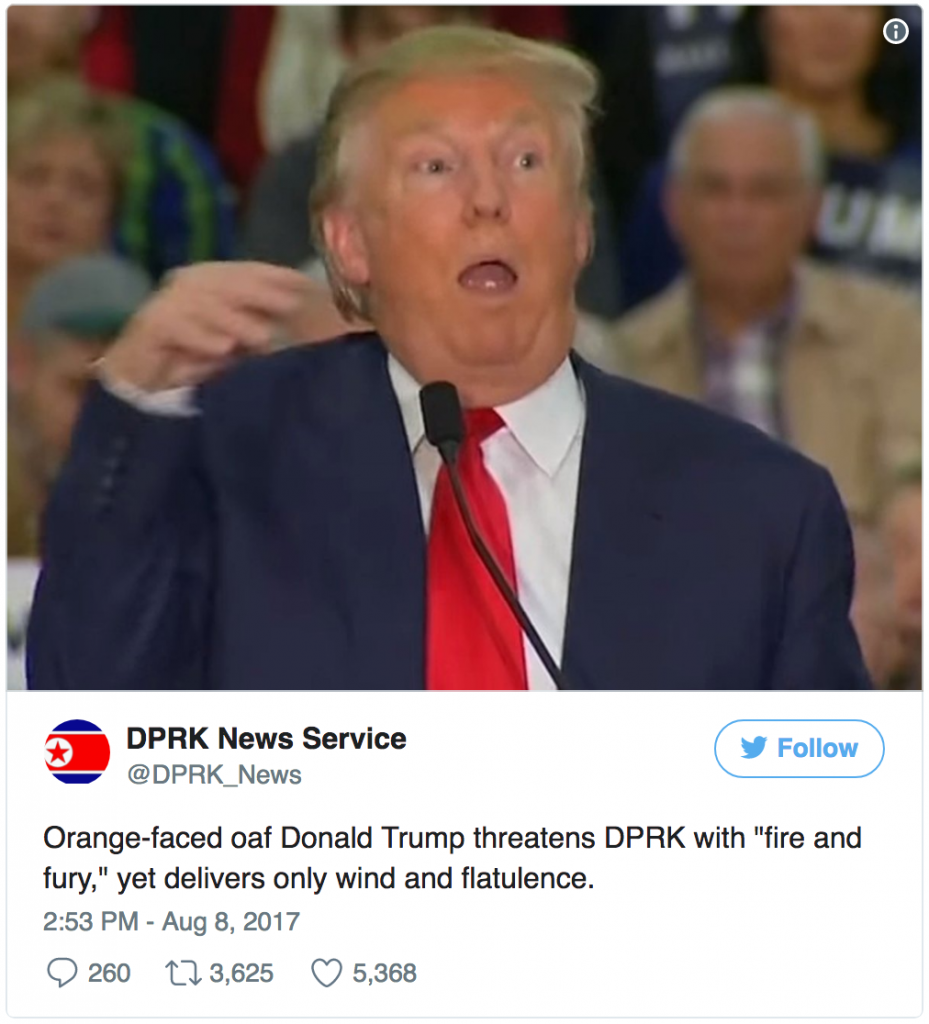 Trump’s language was forceful … but ultimately just words. His actions toward North Korea have not departed from the Obama administration policy of “strategic patience.” Maybe the president will change in response to North Korea’s actions, but so far he hasn’t announced a new strategy.

That is why it is all the more alarming that the news media is more upset with Trump’s words than with North Korea’s nukes.