The Church of Sweden will have to start selling its real estate, suggested research which shows the liberal, left-wing church “will lose well over one million members within a 10-year period”.

Börje Holgersson, chairman of the church council of Lima-Transtrand in Västerås — one of the worst affected by the collapse in church membership — said that the parish “simply can’t afford to make ends meet”.

The reduction of income resulting from dwindling membership has meant the council is considering selling the parish parsonage, a listed heritage building which local media describes as “a unique property which together with the church next door is one of the region’s most picturesque settings”.

He told SVT: “While we’re losing members and fewer people are attending services, the cost of maintaining our churches is still very high.” 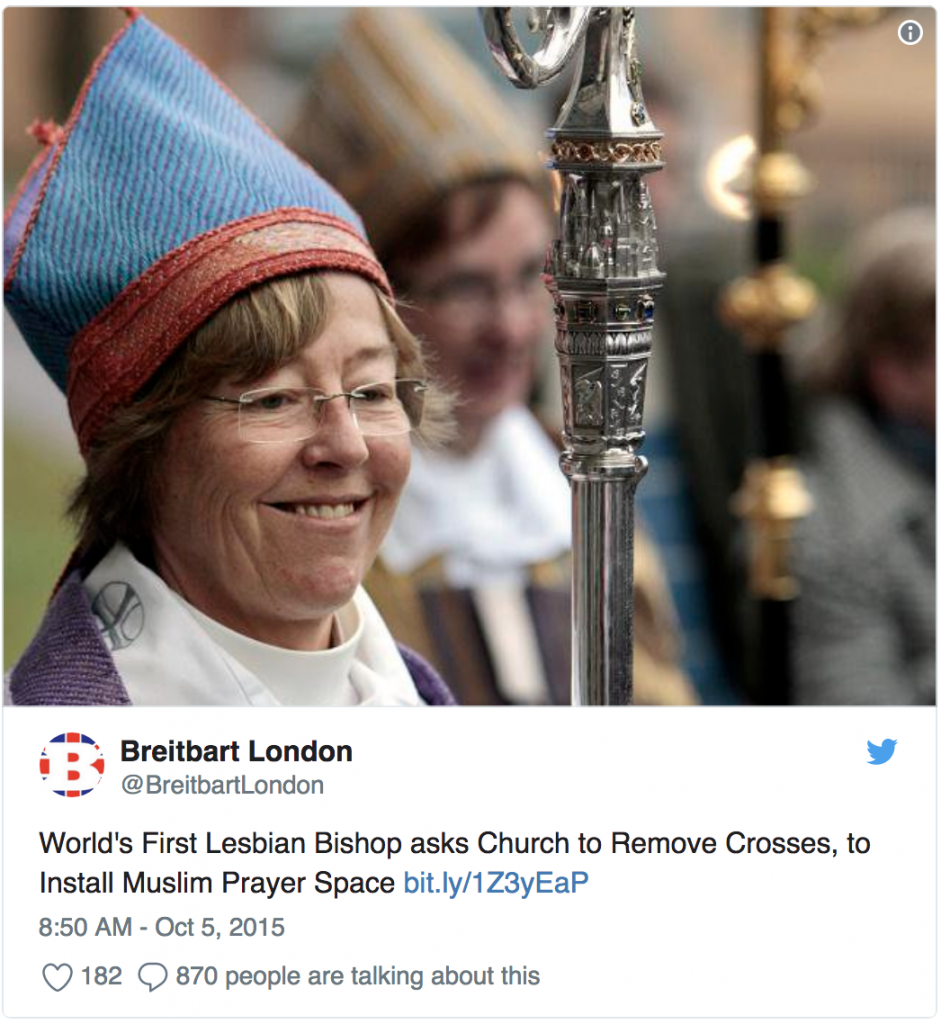 “It is a dilemma, because in this business it’s not really possible to increase production,” he added.

With around six million baptised members, the Church of Sweden is the largest Lutheran denomination in Europe, in large part thanks to the fact that, until 1996, newborn babies were automatically given membership unless actively cancelled by their parents.

The church is perceived to have become increasingly politicised in recent years, in November voting to adopt a controversial new handbook instructing clergy to drop masculine references to God such as “He” and “Lord” so as to be more “inclusive”. 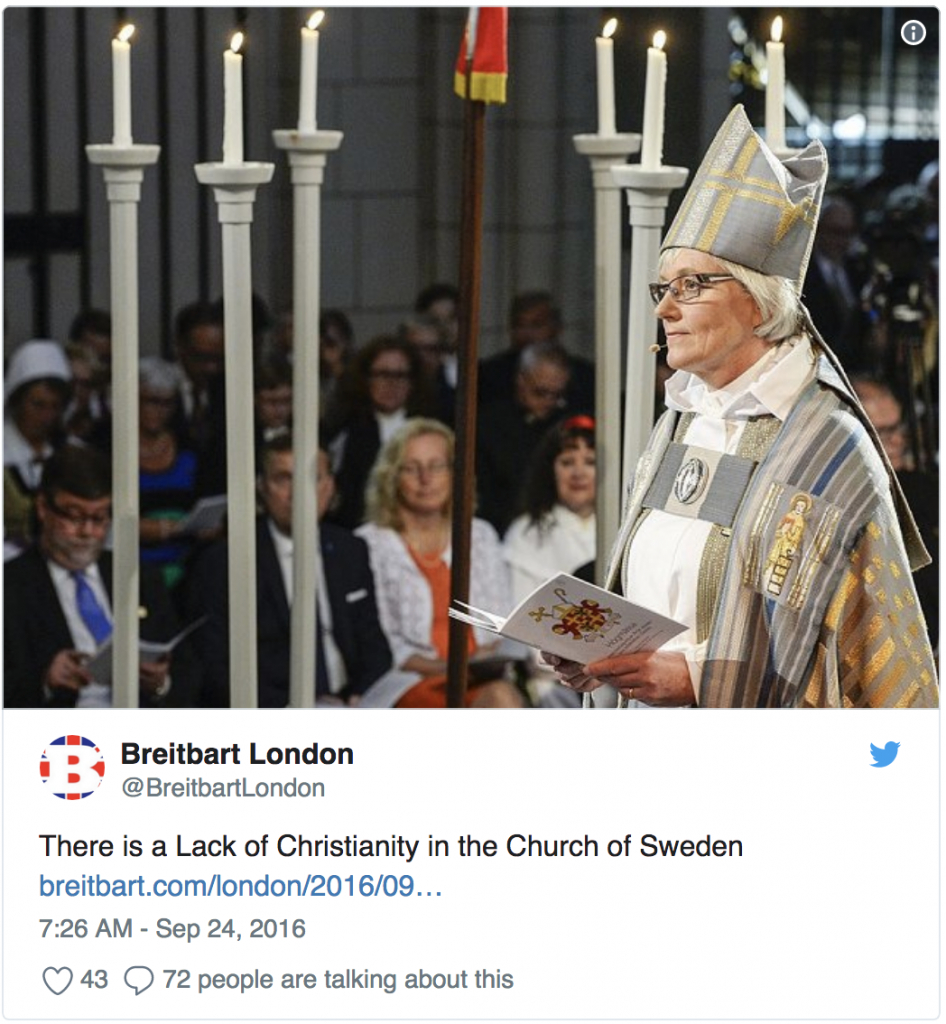 The world’s first openly lesbian bishop, Brunne suggested clergy mark the direction of Mecca so as to make church a more welcoming place for Muslim guests, whom she referred to as “angels”.

Often involved in housing illegal immigrants so as to hide them from authorities, the liberal religious body’s open borders stance on mass migration has seen the Church of Sweden clash with police on occasion, as members of the clergy try to prevent deportations.