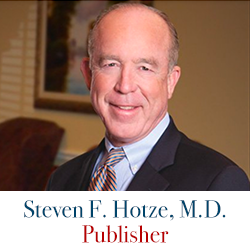 “No Men in Women’s Bathrooms!”

No one should be considered a minority deserving of preferential treatment, because of their chosen sexual deviancy, their so called “gender identity” or the types of sexual acts in which they engage. These are all chosen behaviors. Take this thought process to its natural progression; what would prevent some activist judge from ruling that those who practice prostitution, transvestitism, pedophilia or bestiality are part of this class deserving of special protection because of their sexual orientation? Practicing immoral conduct does not confer you with a special minority status. A moral wrong doesn’t make a civil right.

“No Men in Women’s Bathrooms!” Video

The homosexual political movement and its pro-homosexual supporters in the American Civil Liberties Union (ACLU) produced a TV spot in opposition to SB 6, the Safe Bill for Women’s Privacy, Incredibly, they have decided to frame the issue by asking the voters to join them in saying “I Pee with LGBT.”

You can’t make this stuff up.

“I Pee with the LGBT” Video

So, the issue of SB 6 boils down to two choices., either “No Men in Women’s Bathrooms, Showers and Locker Rooms” or “I Pee with LGBT.”

The position of clear thinking Texans is “No Men in Women’s Bathrooms, Showers and Locker Rooms.”

The homosexuals’ and ACLU’s perverted position is “I Pee with LGBT.”

“He who justifies the wicked, and he who condemns the righteous, both of them alike are an abomination to the Lord.” (Proverbs 17:15)

Each legislator will have to decide which side to choose, “No Men in Women’s Restrooms” or “I Pee with the LGBT”?

At no cost to the legislators, CRTX News will let the voters know which side each legislator chooses.