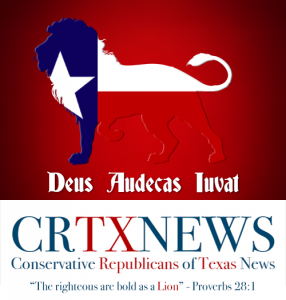 Things aren’t always as they seem. Skim milk is often passed off as cream.

I am not going to tell you that there are some red flags being raised about whether Neil Gorsuch should be supported by social conservatives to become a member of the U.S. Supreme Court. You can decide that for yourself.

When Joshua Goodbaum, a known homosexual and a law clerk for Gorsuch, told the judge that he was going to “marry” his partner, Gorsuch responded, “This is a wonderful thing. You’ll see how your relationship grows.”

Neil Gorsuch and his wife attend the apostate St. John’s Episcopal Church in Boulder, Colorado, that has a woman rector (pastor), Rev. Susan Springer, who considers homosexuality as acceptable and who believes that women have the right to kill their unborn babies. Springer also promotes climate control and gun control.

(See www.stjohnsboulder.org) Homosexuals have had union blessing ceremonies in the church. The following is an article written by Rev. Susan Springer, Gorsuch’s pastor, in 2010 supporting homosexuals and their behavior.

“He who justifies the wicked, and he who condemns the righteous, both of them are an abomination to the Lord.” (Proverbs 17:15)

The following links will give further insight into the political philosophy that Rev. Springer espouses at St. John’s Episcopal Church that Gorsuch attends.

Gorsuch’s affiliation with this apostate Episcopal church tells you a lot about his worldview.   Why would he continue to attend a church that is apostate?

Remember that Obama attended racist Rev. Wright’s church in Chicago. What did you think about Obama’s religious and political perspective when you learned about his affiliation with Rev. Wright? Do you think that Rev. Wright’s racism and vitriolic sermons against America had any influence on Obama’s political beliefs and actions?

Each person’s morality is an outgrowth of their religious values or lack thereof. Does Gorsuch believe that God is the Sovereign of all of life and that He has declared His laws and standards in the Bible which He expects each one of us, as well as all in authority, to obey (Psalm 2) through the power of the indwelling of Jesus Christ? (Ephesians 2:8-9) Or, on the other hand, does Gorsuch believe that man can establish his laws based upon his own reasoning?

It seems that all this information raises a red flag about whether Gorsuch can be counted on to vote to overturn Roe v Wade or Obergefell. How will he rule on the so-called “transgender” case which the Supreme Court has agreed to hear? What about the Second Amendment right to bear arms?

It is amazing how the conservative, pro-life, pro-family groups have so quickly supported Gorsuch without searching into his background. “It is the glory of kings to search out a matter.” (Proverbs 25:2)

Reagan gave us Anthony Kennedy who was supposed to be pro-life. Bush, the first, gave us David Souter, whom former New Hampshire Governor Sununu, serving as Bush’s chief of staff, promised was 100% pro-life. Neither were.

Things aren’t always as they seem. Skim milk is often passed off as cream.