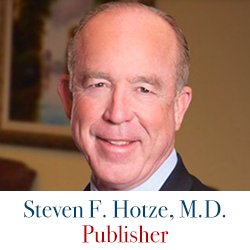 CRTX News has launched an “Oust Straus Petition.” You can sign it at, https://crtxnews.com/oust-straus-petition/. Then send this link to your conservative family members and friends, so they can sign it too.

You can view Dr. Hotze’s Facebook video about the “Oust Straus Petition” at https://www.facebook.com/CRTxNews/videos/381286528939705/. This video was posted at 7:12 PM last night and within 5 hours it had reached over 45,000 Republican voters and had been viewed over 22,000 times. It has already gone viral. At this rate it will be viewed by over 500,000 Republican voters over the next 10 days. The likes are running 92% positive. This demonstrates overwhelming support by Republican voters for removing Straus as speaker during the Special Session.

Gov. Abbott had to call a Special Session of the Texas Legislature, starting July 18, because, during the past regular session, Speaker Joe Straus and his puppeteer, Rep. Byron Cook, blocked most of the conservative legislation that Gov. Abbott supported and which had been passed by Lt. Gov. Dan Patrick and the Texas Senate. Now the chickens have come home to roost for Straus and his RINO Republican state representative supporters.

Straus insulted Gov. Abbott, after Abbott called for the Special Session, saying, “Abbott’s Special Session Agenda is a pile of manure,” and that “Texas is off track with proposals such as the “Bathroom Bill.”  http://www.houstonchronicle.com/politics/texas-take/texas-take-podcast/article/Listen-House-Speaker-compares-special-session-11223902.php?cmpid=btfpm.

Republican state representatives will have a hard time explaining to their conservative base why over 20 pieces of conservative legislation passed by the Texas Senate, under the leadership of Lt. Gov. Dan Patrick, never saw the light of day in the Texas House. Many were never even sent to a House committee, most notably SB 6, the Women’s Privacy Act, known as “No Men in Women’s Bathroom’s!”, and SB 2, the Property Tax Reduction Bill.

Now Republican state representatives must decide whether they are going to follow Straus like lemmings, as Straus once again blocks Gov. Abbott’s conservative agenda, or whether they are going to have the courage to remove Straus as Speaker and replace him with a stalwart conservative who will make sure that Gov. Abbott’s conservative legislation is passed. Their political future will ride on their choice. It will be difficult for Republican state representatives to stick with Straus and still expect grassroots conservative Republican voters, including Tea Party leaders, to stick with them in the upcoming 2018 March Republican Primary.

CRTX News commissioned a statewide phone poll of Republican Primary voters on Joe Straus’s leadership as Speaker, which was completed on Sunday, June 25, 2017. Over 1000 voters were interviewed. By an overwhelming margin, 68% of grassroots Republicans want Straus removed as Speaker in the Special Session and want him replaced with a conservative Republican who would pass Gov. Abbott’s Conservative legislative agenda.

Speaker Joe Straus now finds himself between a rock and a hard place. CRTX News ran a phone poll of Republican Voters in Straus’ District on Wednesday, June 28. A random sample of 450 voters was performed. 81% of Republican voters in Straus’ district agree that there should be “No Men in Women’s Bathrooms!”

There is further confirmation of the need to remove Joe Straus as speaker. Straus was viewed unfavorably in a recent poll conducted by the Texas Tribune and the University of Texas. Straus’ favorable rating was only 25% with 29% unfavorable.

Governor Abbott had a 45% favorable rating.

Why doesn’t Straus support SB 6, the Women’s Privacy Act, “No Men in Women’s Bathrooms!”? His district voters overwhelmingly support it, yet Straus would not even refer it to committee after it passed the Texas Senate during the regular legislative session. Straus is married and has two daughters. Does Straus really support the idea of letting men and boys, who claim that they feel that they are women, to be allowed to use women’s and girls’ bathrooms, showers and locker rooms?

Straus’ opposition to protecting the privacy and safety of women and girls is inexplicable. My experience has taught me that when a politician does something that makes no sense and that is in direct opposition to the wishes of the voters in his district, then there must be a money trail somewhere. You have to ask yourself the question, “Who are the money people that are influencing Straus to oppose the Women’s Privacy Act?”

The CRTX News poll tracts with the overwhelming response that Dr. Hotze’s Facebook video post received supporting Gov. Abbott’s call for a Special Session to pass conservative legislation. That video reached nearly 700,000 of our supporters, has been viewed over 425,000 times, had 23,100 likes, 2,900 comments and 2,300 shares. The fact that 61% of those who received the video post viewed it demonstrates the strong interest of Republican primary voters in passing conservative legislation and in protecting the privacy and safety of women and girls. This Facebook video can be viewed at https://www.facebook.com/CRTxNews/videos/370181750050183/.

Dr. Hotze’s latest Facebook video, which was posted on June 20, calling for Straus to be replaced as speaker in the upcoming Special Session of the Texas Legislature on July 18, has also gone viral. It has reached over 291,000 Republican voters with over 156,000 views.

The reason that Gov. Abbott has called the Special Session is to pass the conservative bills that Straus blocked during the regular legislative session.

Straus currently has as his base support, 55 Dems who have agreed to support him. All RINO Straus needs is 21 RINO Republican state representatives to support him to keep his position.

With the outpouring of support, demonstrated by the response to Dr. Hotze’s Facebook video, which has been viewed by over 425,000 Republican voters, for Gov. Abbott’s call to add SB 6, The Women’s Privacy Act, “No Men in Women’s Bathrooms!”, to the Special Session, many state representatives realize that they must remove Straus as Speaker in this Special Session. They realize that their constituents want them to protect the privacy and safety of women and girls in public and school bathrooms, showers and locker rooms, as well as pass the conservative legislation supported by Gov. Abbott and Lt. Gov. Patrick. Straus opposes SB 6 because he vehemently opposes Gov. Abbott and Lt. Gov. Dan Patrick, and wants to do whatever is necessary to block their conservative agenda.

During the recent legislative session, Straus not only blocked SB 6, but he also blocked the following conservative bills:

Gov. Abbott has called for a total of 20 pieces of conservative legislation to be addressed in the Special Session.

Gov. Abbott was forced to call the Special Session because Straus blocked conservative legislation passed by the Texas Senate and supported by Gov. Abbott.

Straus’ Democrat Base of Support

Straus’ base is built upon 100% support from Democrat state representatives. Straus was initially elected speaker in 2009 when his puppeteer, Rep. Byron Cook, organized everyone of the 65 Democrats with 11 RINO Republicans to support Straus and remove conservative Speaker Tom Craddick. This gave Straus the 76 out of 150 state representatives that he needed to become speaker. Straus is beholden to the Democrat state representatives for his job. Straus has appointed an equal number of Democrats as Republicans to Committee Chairmanship or Vice-Chairmanship leadership positions.

Straus receives more money from the liberal labor unions than any other Republican State Speakers and all but 3 Democrat State Speakers in the United States. Straus received $195,000 from the alt-left unions prior to his 2014 race for state representative.  This past legislative session Straus and his House Committee Chairmen killed a bill that passed the Texas Senate that would have ended the collection of union dues by local and state governments on behalf of public employee unions that then direct most of those funds to elect Democrats.

Straus supports the pro-abortion agenda. Straus voted for third-trimester abortions in 2005, received a 100% rating from the National Abortion Rights Action League in 2007, and Straus received $1,000 from Planned Parenthood in 2008.  No wonder Planned Parenthood thanked him for his “tireless work” in 2009 after he became House Speaker.

Straus has remained silent in the face of exposé videos which document that Planned Parenthood has profited from the sale of baby body parts.

Straus vehemently opposes SB 6, the Women’s Privacy Act, “No Men in Women’s Bathrooms!” Why would anyone support allowing perverted men and boys to use enter women’s and girls’ public and school bathrooms, showers and locker rooms, much less Straus, the Republican speaker of the Texas House, who is married with two daughters? I just don’t get it! Not only is SB 6 the right thing to do, it is politically supported by 84% of Republican Primary voters.

Time and time again liberal, career, RINO politician Straus has either blocked or watered down conservative legislation passed by the Texas Senate under the leadership of Lt. Gov. Dan Patrick.

The Republican state representatives know that their failure to pass these strong pieces of conservative legislation will make them vulnerable to conservative opponents in the upcoming 2018 primaries. They do not want RINO Straus’ liberal politics wrapped around their neck when they run for reelection.

I am not going to tell you that Straus must be removed from the Speaker position in the Special Session in order for conservative legislation to be adopted. You can decide that for yourself.

Wouldn’t it be great if we had a Speaker of the House who was as conservative as Gov. Greg Abbott and Lt. Governor Dan Patrick?

If you would like to receive the daily CRTX newsletter to keep yourself informed of the latest state, national and international news from a Christian conservative perspective, then all you have to do is go to the CRTX News website and sign up for free to receive it, www.crtxnews.com.

CRTX News is making a difference in Texas politics and in the Texas Legislature. In order for us to keep you informed we need your support.

Please be sure to refer your like-minded Christian and conservative family members and friends to our website, www.crtxnews.com. Forward this article to them.